We wish you a Merry Christmas (Singing, actions, clapping and tears)

The Foundation/Year 1 class in which I work recently performed their Christmas Nativity play in front of their parents, grandparents, uncles, babysitters, neighbours etc and what a success it was! The old script was jazzed up with some current songs whilst keeping the magic of the story alive.

I challenged the little gems in more ways then one, not only did they have to remember to smile, say their lines, sing their songs and face the audience, they also had to learn the Makaton signing for two well known Christmas carols. Boy did they pull it off! I can totally relate to how nervous they felt, at 4 and 5 years old, standing in front of a sea of expectant faces. I, for one, was desperate not to make a mistake and end up signing, "We wish good tidings Christmas we bring!" Yoda was not in the play. They took such pride in learning the signs and take with them the ability to wish a Makaton user Merry Christmas..... Priceless.

All went to plan and a well-timed "Merrrrrr" from one little sheep added an impromptu comedy moment no script could replace.

Thanks to Singing Hands for the Makaton Christmas Carols, again an invaluable and readily available resource. 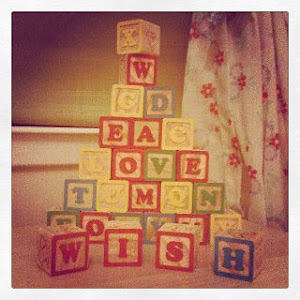